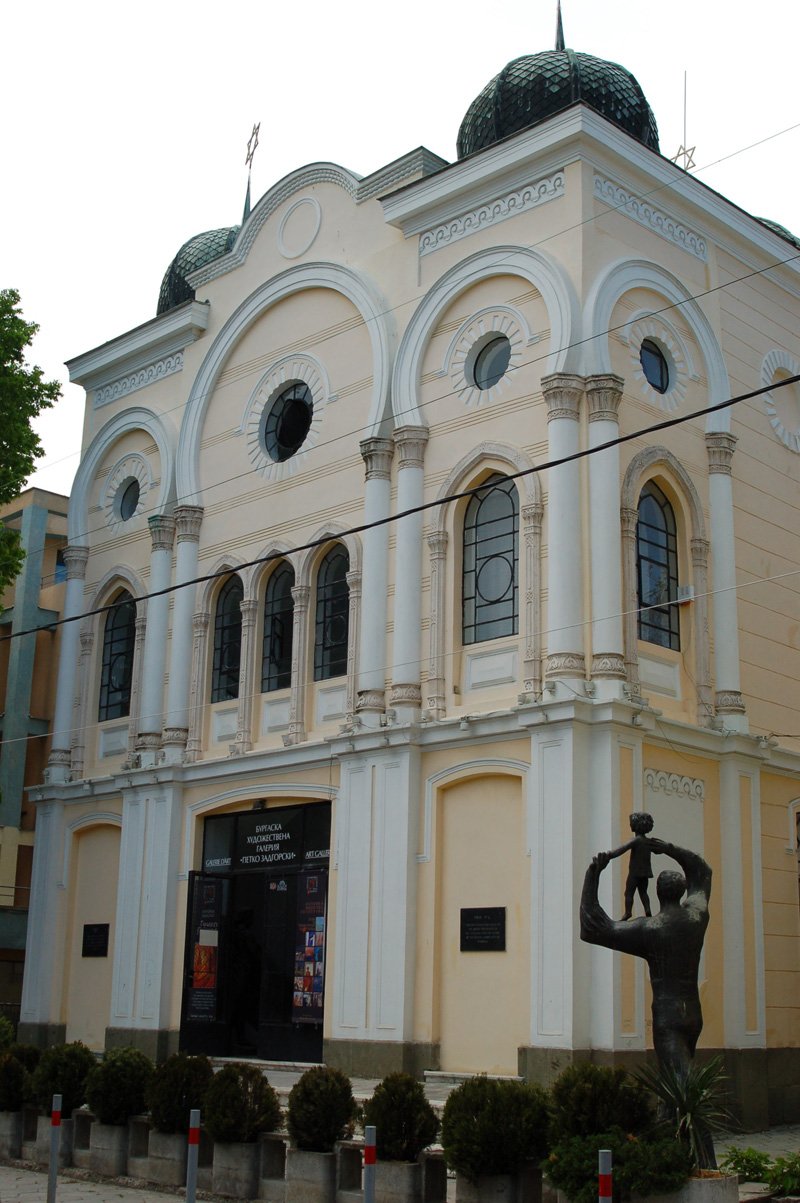 On the first and second floors, in the exhibition halls there are paintings by Burgas artists. The works are from the beginning of the century to the present day. Here are the works of Gencho Mitev, Todor Karasimeonov, Pavel Valkov, Petko Zadgorski, Panayot Panayotov, Georgi Baev, Stoyan Tsanev, Violeta Maslarova, Nenko Tokmakchiev, Kiril Simeonov, and many others. The Burgas sea theme in the paintings of the artists creates a unique atmosphere and style.

The gallery hosts exhibitions and collections owned by other art galleries in the country and abroad. Thematic exhibitions from the Gallery fund are organized as well.

The names of the icon painters are: Zahari Zograf; Dimitar Zograf; Ioan Zograf from Ahtopol; Socrates Georgiev from Sozopol; Todor Zograf from Chios; Nikola Zograf from Edirne. Today the Burgas Art Gallery is an important cultural center of the city. 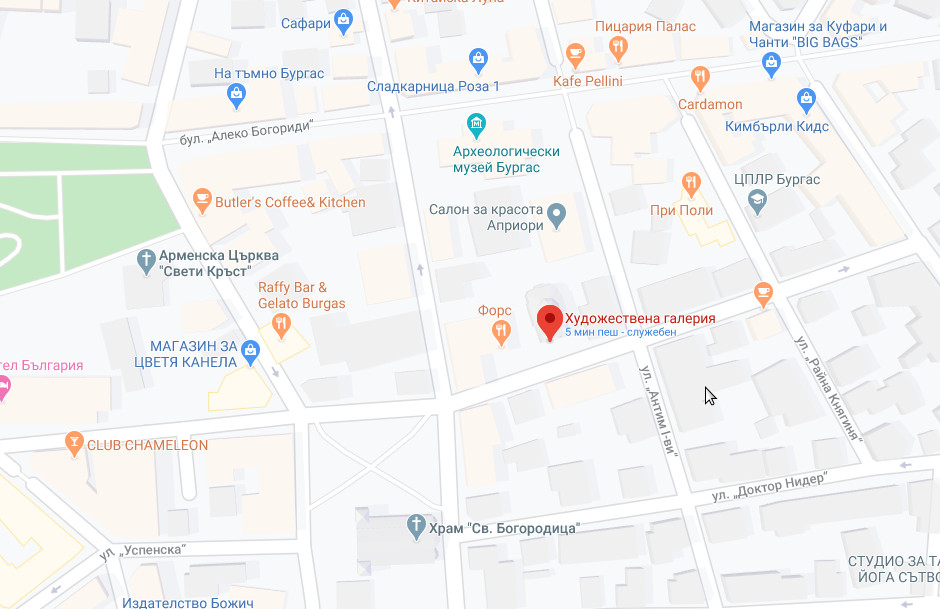